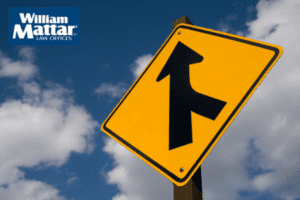 Motor vehicle accidents that occur when one vehicle tries to merge into a new lane can result in serious injuries. Like most accidents, these collisions can be especially devastating when one of the involved vehicles is a truck.

Merging accidents can occur when motorists change lanes while distracted or without signaling. They may also occur while changing lanes either too slowly or quickly. Moreover, cutting off other drivers, speeding, or aggressive driving in general can also lead to merging accidents. New York Vehicle and Traffic Law 1128(a) provides that:

A vehicle shall be driven as nearly as practicable entirely within a single lane and shall not be moved from such lane until the driver has first ascertained that such movement can be made with safety.

Generally speaking, merging accidents can fall into two main categories: “sideswipe” and “rear-end” accidents. “Sideswipe” accidents can occur when two vehicles traveling in the same direction in adjacent lanes collide with one another. This may happen when one or both vehicles carelessly attempt to change lanes. A “rear-end” accident can occur when one vehicle hits another from behind. This may happen when one motorist is not prepared for another motorist to merge into their lane. In that case, the unsuspecting driver may not slow down or stop in time to avoid hitting the other vehicle from behind.

New York follows a comparative fault rule. This generally means that a partially negligent plaintiff can still request compensation for their injury when another party’s negligent behavior also contributed to the accident.

Keep in mind that these are just a few examples of what can occur with respect to determining fault after a merging accident involving a truck. Every motor vehicle accident is different.

The truck accident attorneys at William Mattar, P.C. have experience handling serious injury claims that arise from merging accidents. If you were injured in a truck merging accident, contact our personal injury attorneys today.   (844) 444-4444.