What to Do After a Motorcycle Accident 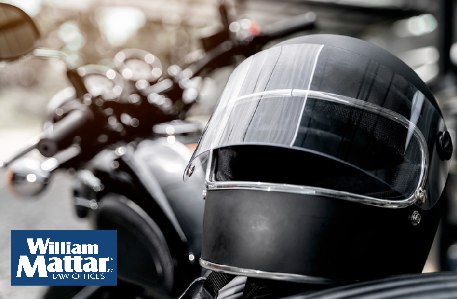 Whether traveling city streets or taking major highways, motorcyclists are often at risk when traveling on New York roadways.  Because motorcycle riders can be more exposed to roadway hazards than motorists who occupy sedans and other motor vehicles, motorcyclists may be at risk of severe injury in the event of a collision. In addition, while New York is a no-fault state, meaning that certain medical expenses and lost wages are normally covered by an insurance company regardless of fault, motorcyclists are generally exempted from this rule.

Whether it is a rear-ender, a side-swipe, or a T-bone collision, motorcycle accidents happen every day on our roadways, often with life-altering consequences.

In order to make a claim for pain and suffering, the motorcyclist will generally need to establish negligence on the part of another motorist, resulting in the collision and injuries. An experienced New York motorcycle accident attorney may seek to establish that the other motorist violated the rules of the road, as contained in the New York Vehicle and Traffic Law. New York courts have held that when a motorist  violates the rules of the road that can be seen as “negligence per se.”

An experienced New York motorcycle accident attorney can also anticipate potential defenses that the other motorist may try to raise. For example, the motorist may try to claim that any violation of the rules of the road was excusable or that the motorcyclist also engaged in conduct that contributed to the collision. In formal legal terms, these sorts of arguments are often raised as “affirmative defenses.” An experienced attorney can assess the validity of any such claimed defense.

A motorcycle accident attorney can help to spot potential issues and ensure that time deadlines are met. Even what appears to be a clear-cut case can present challenges and obstacles without an adequate investigation, and that investigation should generally be performed as soon as possible after the collision.

After a Motorcycle Accident in Buffalo

If you were injured in  a motorcycle accident in Buffalo and are considering making a claim for pain and suffering, the attorneys at  William Mattar, P.C., may be able to help. Contact us today to find out what  our lawyers can do for you during this difficult time. Call (844) 444-4444.