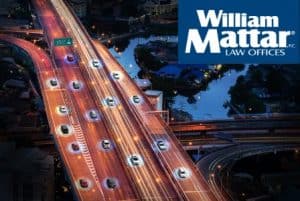 There is a hope shared by researchers and manufacturers that the introduction of self-driving vehicles will make our roads safer. After all, an estimated 94 percent of motor vehicle accidents are thought to involve some form of human error. Driverless cars operate using computer technology, suggesting they may help reduce the occurrence of driving mistakes and, in turn, the number of tragic car crashes happening each day.

That being said, there are also worries about the use of self-driving vehicles. Both the existing semi-autonomous cars on our roadways and the fully autonomous models of the future have experts in many fields concerned about the possible consequences. Concerns about self-driving cars include safety, technology, autonomy, and social implications.

The advent of self-driving vehicles could have a human cost. Self-driving car technology is still being developed, but many manufacturers intend to create fully autonomous vehicles to perform a variety of functions and jobs, including commercial transportation.

Some people are concerned that the workforce that drives cars, trucks, buses, and taxis may find themselves replaced by this technology, resulting in large unemployment numbers. According to the U.S. Bureau of Labor Statistics, more than 2 million people drive tractor-trailer trucks and over 680,000 people work as passenger vehicle drivers.

There’s concern regarding how self-driving vehicles may be vulnerable to computer hackers.  A driverless car uses  computer technology and like any other computer, its software can potentially be exploited. This happened in 2015 when two individuals remotely hacked into a Tesla Model S car in Las Vegas to test the strength of the vehicle’s security.

If self-driving cars become more ubiquitous, there’s a possibility hackers could locate security flaws and take some control over the vehicle.

One of the biggest problems with self-driving cars is that they may not be entirely safe. A driverless vehicle needs to process its surroundings to make judgment calls using perception and decision-making technology. However, according to some reports existing self-driverless cars “incorrectly perceive something in their environment once every tens of thousands of hours,” leaving the door open to safety issues that can contribute to car accidents. In other words,  technology isn’t perfect.

Current driverless technology often requires human intervention or human control under certain conditions. A driver may be asked to keep their hands on the steering wheel or be alerted to the road, at specific moments. This means that self-driving cars are not fully autonomous and therefore the element of human error still exists.

In 2019, Tesla was sued after a driver of one of their Model S cars crashed in a tractor-trailer on a Florida highway and died, seconds after initiating autopilot. Again in 2020, in Pleasanton, CA, a Tesla vehicle flew over a curb and slammed into a brick wall, killing its driver. These tragic accidents are just a few of the news stories that have shed light on the potential safety risks of autonomous software.

What if I’m injured in a Self-Driving Car Crash?

Whether you drive a semi-autonomous self-driving vehicle or take a trip with a driverless transportation service, there’s always the risk of being involved in a car crash.

A personal injury attorney can analyze your case and help determine who may be liable for your driverless car accident. The team at William Mattar can fight to get you the compensation you deserve.

If you’ve been injured in a self-driving car accident, William Mattar can help. Our experienced legal professionals can guide you through the process to help you achieve a financial recovery. Call (844) 444-4444 today to speak to an attorney. You can also schedule a free initial consultation by filling out our online form.