Liability in a Driverless Car Accident 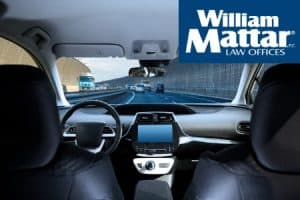 In 2018, the first pedestrian fatality involving a driverless car occurred in Tempe, Arizona. An investigation into the car accident determined that a self-driving Volvo, being tested by the rideshare company Uber, struck and killed a pedestrian who walked into the road. At the time of the crash, driving assistance technology was activated, and the woman behind the wheel did not have her eyes on the road.

Since this tragic accident, there has been discussion about who is responsible after a driverless car accident. Self-driving car accidents are unique because they involve complicating factors and parties, including the self-driving vehicle itself. Driverless technology is still relatively new and so are the laws surrounding its use on public roadways.

HOW HAVE AUTOMATED CARS EVOLVED?

The safety technology in motor vehicles has evolved to include automated features. According to a timeline created by the National Highway Traffic Safety Administration (NHTSA), there have been five eras of automotive safety, beginning in the 1950s. Over the years, safety and convenience features have become more advanced, and driving assistance features (such as automatic emergency braking and rearview cameras) have been introduced.

As software evolves, and self-driving cars become more common, our understanding of driverless cars and safety may change.

BENEFITS AND RISKS OF DRIVERLESS CARS

The NHTSA estimates that about 94 percent of motor vehicle accidents are caused by driver error. Many people believe that autonomous cars will reduce the frequency of car accidents by removing the element of human error. However, existing self-driving cars are not yet fully autonomous, meaning they still require driver intervention and control under certain circumstances.

Some people fear that the risk of self-driving vehicles malfunctioning could put their passengers, in addition to other drivers, pedestrians, and bicyclists, in danger. This has become a concern after a string of publicized accidents involving automated cars. For example, in 2016, a person was killed driving a Tesla when the vehicle crashed into a tractor-trailer that was making a left turn. The Tesla car was in “autopilot”—the company’s version of a driving assistance system—at the time of the fatal crash.

COMPLICATIONS WITH LIABILITY AND SELF-DRIVING VEHICLES

As you can see, self-driving technology is still new, which means that it can sometimes be difficult to apply current traffic laws to self-driving car accidents. New York liability laws are more or less the same for driverless vehicles as they are for any other vehicle.

Determining liability is also complicated because self-driving vehicles are often designed and built by multiple companies and manufacturers. For instance, Uber may use a self-driving car for one of their rideshare services but did not necessarily create the operational software. The question then becomes, who is responsible for ensuring these cars are safe enough for the road?

WHO CAN BE LIABLE IN A DRIVERLESS CAR CRASH?

If you’re involved in a self-driving car accident, the identity of the liable parties will depend on the circumstances of the accident. For instance, one consideration is whether an automated feature (such as Tesla’s Autopilot) was activated when the accident occurred. If the car malfunctioned, resulting in a car crash, the manufacturer who made the software may be at fault. In most cases, the manufacturer will bear some responsibility.

If you’ve been injured in a self-driving car accident, contact William Mattar law offices right away. Our experienced personal injury attorneys can help you navigate the complexity of a driverless car case and fight to get you maximum compensation. Call (844) 444-4444 today, or fill out our online consultation form for a free initial case consultation.