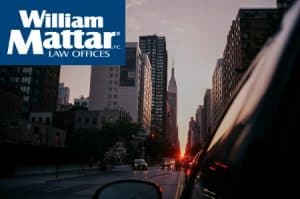 Ridesharing—or ride-hailing services, including Uber and Lyft, have exploded onto the market. Today, Uber boasts over 111 million active users every month, and the number continues to climb. Ongoing research shows that Uber and Lyft have had a noticeable impact on the way people choose to travel.

App-based driving services can be beneficial to the public in many ways. However, they also may come with potential disadvantages and pitfalls. Read more to learn about emerging Uber accident and Lyft accident facts and statistics.

The introduction of ride-hailing services has led to a 3 percent annual increase in traffic fatalities, according to a study conducted by Rice University and the University of Chicago. Researchers analyzed fatal automobile crash rates in cities where major rideshare companies, including Uber and Lyft, have launched. The number of traffic fatalities went from a low of 32,885 in 2010, to 37,400 by 2016.

According to an article, one theory of why the arrival of ridesharing may be linked to increased accident fatalities is that there are more cars on the road. Dense traffic conditions can increase the risk of car accidents, and as a consequence, accident-related injuries and deaths.

The presence of rideshare vehicles may be causing an increase in traffic congestion in major metropolitan areas. Recent research surveying rideshare passengers in Boston concluded that an estimated 15 percent of rideshare trips substitute for other more “spatially efficient” forms of travel. Namely, this includes public transportation. The study suggests this spike in rideshare vehicles on the road worsens congestion during peak traffic periods.

What’s known as “deadheading” is another ridesharing feature that contributes to traffic congestion. Deadheading refers to the time that Uber/Lyft drivers spend waiting for a ride request. During this period, drivers are traveling on the roadways but not transporting any passengers.

More traffic congestion is not just a headache for everyday commuters. It also increases pollution caused by vehicle emissions. One study in California found that the 600,000 rideshare vehicles in the state emit 50 percent more greenhouse gas per mile traveled than the average vehicle. 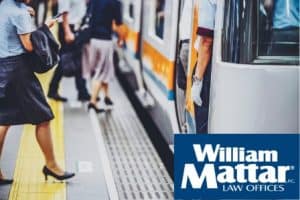 Increasingly, it seems that many people choose to take an Uber or Lyft over a bus or train.

Transit systems nationwide may be losing riders to Uber and Lyft. A study conducted by University of Kentucky researchers looked at trends in 22 U.S. cities following the introduction of rideshares. The research found that rail and bus ridership can be expected to decrease by 1.3 and 1.7 percent, respectively, for each year after a rideshare company enters a market.

While these percentages may seem small, this reduction in ridership has a cumulative effect. For instance, using this model bus ridership in San Francisco was expected to decrease a total of 12.7 percent since 2010.

As rideshares have become popular, there has been speculation about whether they have decreased the number of drunk driving incidents. The hope is that rideshares give people an easy way to get home after a night out, and in turn, this may prevent them from getting behind the wheel while under the influence.

According to a recent study conducted by Providence College, it is possible. The researchers gathered data from over 150 cities and counties on rates of DUI arrests, along with other crimes such as disorderly conduct. From 2010 (the year Uber was made available to the public) to 2013, DUI arrest rates fell 15 to 62 percent. The study also found that the “average annual rate of decline after the introduction of Uber is 51.3 percent per year for DUIs.”

While this study is promising, it’s hard to draw a conclusion about how Uber and Lyft have changed the frequency of drunk driving. Correlation does not always equal causation, and other variables may have also led to a reduction in DUIs.

If you’ve been seriously injured in an Uber or Lyft accident, call William Mattar law offices today. Our rideshare accident lawyers have the legal knowledge to take on your case. We will fight for you to get the compensation you need to recover from your injuries. To schedule a free consultation, fill out our online form, or call (844) 444-4444 to speak to an attorney.