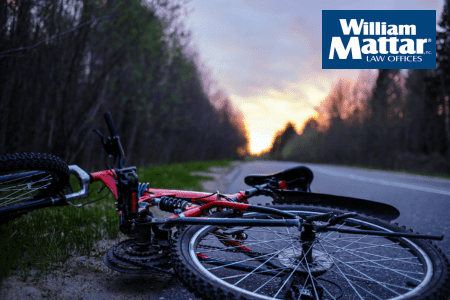 Since its introduction in the United States in the mid-19th century, cycling has grown in popularity across the country. The U.S. Census Bureau reported in 2016 that the number of people biking to work has risen over the past few decades.

But  cycling, though a healthy alternative to driving, can be a risky endeavor for riders . Motorists often don’t pay attention or simply don’t notice cyclists. Statistics show that nearly 1,000 cyclists are killed annually on American roads. Accidents persist despite  improvements in  infrastructure designed to better accommodate cyclists.

Motorists — truck, car, and bus drivers – sometimes fail to give bicyclists the same courtesy they extend other vehicles, resulting in collisions. Among the common causes of bicycle accidents are motorists’

When an accidents result in the death of the cyclist and the motorist was responsible for the collision, the decedent’s survivors may be entitled to benefits in  a wrongful death claim.  To file a wrongful death claim, the personal representative of the decedent’s estate must establish  the driver’s negligence or recklessness and that it caused the fatal accident.  When the driver responsible for a fatal accident with a cyclist was driving a commercial vehicle for his or her employer, that company may also be liable.

At the time of this writing, New York’s wrongful death law provides (with emphasis added) that:

The damages awarded to the plaintiff may be such sum as the jury or, where issues of fact are tried without a jury, the court or referee deems to be fair and just compensation for the pecuniary injuries resulting from the decedent’s death to the persons for whose benefit the action is brought.

In other words, New York’s wrongful death law currently only recognizes compensation for pecuniary, or money-related, losses that a family endures because of the loss of a loved one. New York does not currently recognize emotional injuries resulting from loss of love, society, protection, comfort, companionship – very real phenomena for grief-stricken families who just want their loved one around.

That may change if the New York Governor signs into law the Grieving Families Act. The attorneys at William Mattar, P.C., are monitoring this important piece of legislation.

Hiring an Attorney After A Wrongful Death Lawyer