Who is at Fault in a Rear-End Car Accident? 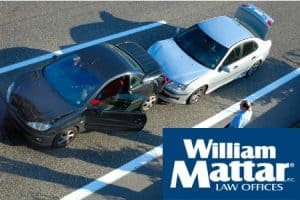 If you were involved in a car accident where your vehicle rear-ended another vehicle after it braked abruptly, you may be wondering who is at fault. Every motorist traveling on New York roadways owes others a duty of reasonable care, requiring them to follow the rules of the road and to exercise care in every circumstance. When a motorist fails to uphold this duty of care, resulting in injury to another, that motorist can be responsible for the injury and any resulting damages. This is called liability.

A motorist can fail to uphold this duty of care, resulting in injury to others and giving rise to liability, in several different ways. There are as many potential fact patterns as there are vehicles on the road.

Because car accidents happen all the time, New York courts have developed a number of rules and guideposts for use when determining the liability of motorists. These rules of thumb are not definite, but they do provide courts with helpful shortcuts for analyzing who is liable after a car accident. One of these guidelines says that a rear-end collision is the fault of the rear-ending motorist and not the preceding rear-ended motorist.

That being said, this rule of thumb, like most things, is subject to a number of exceptions. For this reason, the rear-ending motorist should not always assume he or she is at fault.

Presumption of Fault in a Rear-End Car Accident

Under these circumstances, the explanation presented by the rear-ending motorist is of critical importance. New York courts have held that an explanation that the rear-ended motorist stopped suddenly and abruptly for no reason in the middle of the roadway can be a non-negligent explanation, overcoming the presumption of fault.

New York courts have also held, however, that if the rear-ending motorist was traveling too fast or following too closely, the fact the rear-ended motorist stopped in the roadway may not provide a non-negligent explanation. New York courts have also held that the fact that the driver’s brakes are worn out, or that their foot slipped from the brake pedal, is not a non-negligent explanation.

The car accident attorneys at William Mattar Law Offices are experienced in handling personal injury claims arising out of rear-end car accidents. If you were rear-ended, you most likely have a strong liability case, and should give us a call if you need legal representation.

If you rear-ended someone else, you will have to offer a non-negligent explanation—such as a sudden, needless, abrupt stop on the part of the rear-ended motorist, and a showing that you were not driving too fast or following too closely.