Simple changes in behavior while behind the wheel of a car can make a big difference in saving lives and preventing car accident-related injuries. According to the National Highway Traffic Safety Administration (NHTSA), in 2016, 11,501 people in New York were seriously injured with 1,025 people losing their lives in car crashes.

At William Mattar law offices, we want you to be aware of some of the leading causes of car accidents and to be a part of the solution moving forward.

Drunk driving is an inexcusable act, as it not only puts the driver at a high risk of injury, but also everyone else on the road around them.

Drunk driving is the number one cause of death on our roadways, according to Mothers Against Drunk Driving. These car accidents may involve alcohol, illegal drugs, or prescription drugs. Driving under the influence with another occupant in the vehicle, such as a passenger or child, is an especially egregious offense.

According to the CDC, almost 29 people die every day in the U.S. as a result of a  drunk driving car crash. If you’re an alcohol-impaired driver, you are four times more likely to be involved in a fatal car accident. A BAC (blood alcohol content) level of just .02 percent (about 2 alcoholic drinks) can negatively affect your ability to drive safely. The CDC has provided safety tips to prevent instances of drunk driving:

New York has some of the toughest drunk driving laws in the nation. In 2009, the New York legislature passed Leandra’s Law, making it a class E felony (punishable by up to four years in prison) to drive under the influence of drugs or alcohol with a child under age 15 in the car. The law is named after an 11-year-old girl who lost her life as a result of intoxicated driving.

Did you know that being drowsy can impair driving just as much as drinking alcohol? In fact, according to the CDC, going 18 hours without sleep is equal to a blood alcohol concentration of 0.08 percent, which gives you an equal risk of causing a car crash as someone who is legally drunk.

The NHTSA reports that as many as 100,000 motor vehicle collisions are attributed to drowsy driving every year. With drowsy driving as one of the leading causes of car crashes today, many researchers are studying what causes drivers to get tired behind the wheel. Some of the most common reasons include:

How do you avoid drowsiness while driving? Before you set out on a long drive, the National Sleep Foundation recommends you should make sure to get 7-9 hours of sleep, travel with a passenger who can help keep you alert, stop every 100 miles or every two hours, and avoid alcohol and medications. 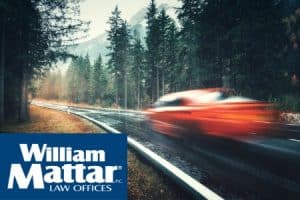 Putting the pedal to the metal tends to include dangerous behavior such as failing to keep right, failing to yield, following and passing too closely, as well as unsafe lane changing. It’s simple: the faster you drive, the more you put yourself and those around you at risk of a serious car accident.

Increased awareness and improved law enforcement have helped decrease speeding in New York. Despite these measures, in 2010, 95 percent of drivers killed in fatal New York car crashes were in speeding vehicles. Slowing down can help save hundreds of lives each year.

According to the NHTSA, a study has shown that nearly half of all motorists who were recently surveyed stated they believe speeding is a serious problem on U.S. roadways. However, an estimated 20 percent of these same individuals responded yes to the survey question: “I try to get where I am going as fast as I can” while driving.

More than 25 percent of respondents stated that speeding is something that they do without thinking, and another 16 percent felt that driving above the speed limit was not dangerous if the driver is skilled.

When car manufacturers and their suppliers produce unsafe products, even the safest drivers can become car accident injury victims.

Does My Car Have a Recall?

The SaferCar.gov website provides a vehicle identification number (VIN) tool to help car owners find out if their vehicle is under a recall. By entering the VIN number assigned to your vehicle, you can learn if that vehicle has been subject to a recall in the last 15 years. This VIN tool also covers incomplete safety recalls and recalls involving manufacturers of motorcycles.

Alternately, the VIN search tool will not give information about why a safety recall exists, recalls involving international vehicles, and safety recalls over 15 years old.

Examples of vehicle defects that are not considered a safety issue, according to the NHTSA include:

General Motors has recalled tens of millions of vehicles produced from 1997-2014 due to defective ignition components. Visit our GM Ignition Recall Accidents page to find out if your vehicle was affected, and how we can help if you’ve been injured in an accident caused by a recalled GM vehicle. 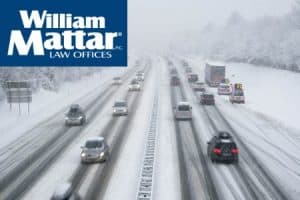 Inclement weather can make driving more difficult. Rain, hail, snow, ice, fog, and even high winds are signals for you to slow down and leave extra room between you and the vehicle in front of you.

Some tips to help prevent weather related car crashes include:

The New York State Department of Motor Vehicles says teen and young drivers may only make up 12 percent of all licensed drivers in the state, but they account for as much as 20 percent of individuals in car accidents.

Car crashes can happen anywhere, but one of the most likely places for a serious collision is in highway construction zones.

In 2005, state legislators passed the Work Zone Safety Act that doubled fines for speeding in work zones. Furthermore, the law mandates that anyone who receives two speeding tickets in a work zone will have their license suspended.

The New York Department of Transportation is also offering several safety tips to help prevent work zone crashes in spring and summer, as highway construction projects begin across the state. These tips include: 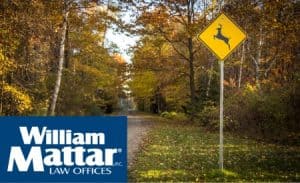 Animals, such as deer, can be unpredictable and hard to see while driving. The peak period for car accidents involving deer is fall. The deer’s annual breeding season typically peaks from October to December. During this season, deer are more active and less cautious around roadways.

In the United States, more than a million car crashes occur annually involving deer. These accidents cause more than 200 fatalities. Remember to look out for deer on highways, especially in dim conditions.

Many aggressive driving behaviors are unsafe and illegal.

Aggressive drivers put themselves and others on the road at risk of serious car accident injuries. Examples of aggressive driving include:

Dealing With An Aggressive Driver

MAKE A DIFFERENCE ON THE ROAD

Many car crashes are preventable. Using safe driving practices could save your life or the life of another person. To stay safe on the road, the car accident injury attorneys at William Mattar suggest taking three simple precautions while driving: put down the phone, avoid speeding and aggressive driving, and don’t drink and drive.

Thanks to enforcement programs and the passage of distracted driving laws, the roads in our state are slowly getting safer. In New York, the rate of motor vehicle accident fatalities has decreased from 3 deaths per 100,000 people in 2001 to 1.2 in 2014. Unfortunately, statistics show that several hundred people in New York State still lose their lives in car crashes each year. We urge drivers to slow down and give their undivided attention to the road while driving.

We have more than two decades of experience helping car crash injury victims throughout New York State. If you have been injured because of one of the common causes of car accidents, contact the car accident attorneys at William Mattar today. Call (844) 444-4444 or complete a free initial consultation form now.