William Mattar > Practice Areas > Car Accident > After the Accident > Someone Used a Hand Gesture on the Roadway, Resulting in My Injury. Do I Have a Case?

Someone used a hand gesture on the roadway, resulting in my injury. Do I have a case? 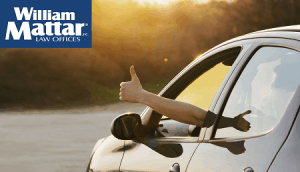 Most bodily injury claims after a car accident follow the same basic patterns. If it’s a rear-ender or a side-swipe car accident, every accident is unique, but they generally fit into one of a few categories. We know that a rear-end collision give rises to a presumption of negligence, or fault, on the part of the rear motorist. We also know that, in the case of a side-swipe, the culprit is usually the motorist who changed lanes. But, what happens when a motorist uses a hand gesture to motion a pedestrian or another motorist to take some action on the roadway, ultimately causing injury? Can the hand gesture itself give rise to a potential claim of negligence?

The answer is yes, depending on the circumstances.

For example, when a hand gesture or signal is not considered negligence:

A motorist can be held liable for failure to use reasonable care when gesturing or signaling to others, provided that the gesture or signal was an actual and legal cause of the car accident.

In Bowman v Kennedy, a recent decision from the Appellate Division, Third Department, a pedestrian had just left a restaurant and was crossing the street to return to her car. Observing the pedestrian approach, the first motorist slowed her vehicle to a stop and gestured with a wave, signaling that the pedestrian could cross in front of the vehicle. At that time, a second motorist approached from behind the first motorist and, rather than stopping, passed the vehicle on the right on the paved shoulder of the road, striking the pedestrian and causing her to sustain serious injuries.

The court found that the conduct of the second motorist was an unforeseeable cause of the injured pedestrian’s injuries. For this reason, the first motorist was not responsible for the injuries.

When a hand gesture or signal may be considered negligence:

A different result is seen in Nasadoski v Shaut, another decision from the same court. In this case, the first motorist was driving his pickup truck in a southbound lane close to the centerline. The second motorist was traveling on the same road in the oncoming northbound lane, seeking to turn across the two southbound lanes into a store driveway.

As you can see, the outcomes of these cases are factually sensitive. If you were injured after a motorist hand gestured you or someone else to take an action on the roadway, you may have a claim against that motorist. The car accident attorneys at William Mattar law offices are experienced in analyzing cases to identify potential claims. Give us a call anytime at (844) 444-4444.