Who Can File a Wrongful Death Lawsuit in New York? 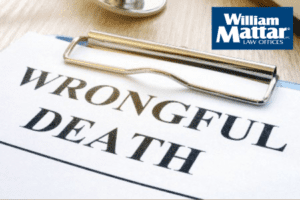 The New York State Governor is considering whether to sign into law the “Grieving Families Act,” which would drastically overhaul New York’s wrongful death statute and allow families of wrongful death victims to recover compensation for their emotional anguish. Both the New York assembly and senate have voted to pass the Act. Now it is up to the Governor to decide whether to sign the law and amend a wrongful death statute which has for many years was strictly limited to recovery of damages for “pecuniary injuries resulting from the death.”

Who Can Recover Damages in Wrongful Death Action?

The Grieving Families Act would also broaden the class of individuals for whose benefit a wrongful death action may be brought. While the current law provides that damages recovered in a wrongful death claim are “exclusively for the benefit of the decedent’s distributes,” a potentially small class of people under the Estates, Powers & Trusts Law, the proposed amendment would greatly expand the category of people who can recover damages in a wrongful death lawsuit to include “surviving close family members,” which could include, but is not limited to, a “spouse or domestic partner, issue, parents, grandparents, step-parents and siblings.”

In fact, it would be up to the “finder of fact,” normally a jury, to determine “which persons are close family members of the decedent . . . based upon the specific circumstances relating to the person’s relationship with the decedent.”

While the new law would greatly expand the class of persons for whose benefit a wrongful death action can be brought, it would not affect the way the action can be commenced.

A wrongful death action can be commenced against the liable party or parties by a “personal representative of a decedent,” which the Estates, Powers & Trusts Law defines as “a person who has received letters to administer the estate of a decedent.”

Thus, while the Grieving Families Act would greatly expand the class or category of people who can benefit in a wrongful death lawsuit, it would not change who is able to commence the action. Surviving close family members could see damages distributed to them, but they would still need to rely on a personal representative to initiate the lawsuit.

Once the personal representative is appointed on behalf of the estate, a wrongful death action can be timely commenced through the filing of a Summons and Complaint in the appropriate venue and court.

If you are looking for an experienced car accident attorney after a wrongful death on New York roads, please do not hesitate to contact the lawyers at William Mattar, P.C. We continue to monitor the Grieving Families Act as the Governor considers whether to enact this important piece of legislation. If you have questions regarding the Grieving Families Act, and whether its passage might impact your case, please do not hesitate to contact our office for assistance. 844-444-4444.