Self-Driving Cars and the Impact on Society 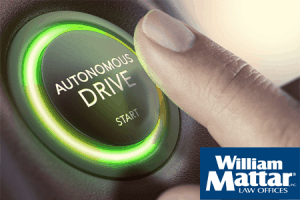 It is generally assumed that the advent of self-driving car technology will change the dynamic of society. One facet of this change will, of course, be economic.

An article in CNN Money explored the anticipated consequences for car service Uber, the ubiquitous alternative to the fares of traditional taxi medallions that can be beckoned in most major cities.

While directly acknowledging that the service has “generated thousands of jobs since launching in 2009,” the article explains how the announcement of this “gig economy” juggernaut’s stated intention to “soon offer rides in self-driving cars in Pittsburgh puts “the economic futures of drivers around the world in question.

In the midst of competitors like Google, Ford, Tesla, Lyft, and GM, who all expressed interest in offering self-driving options, the article discusses how Uber’s plans are a matter of necessity:

These rides should be cheaper for customers since there’s no need to pay a human driver. If Uber doesn’t embrace affordable, autonomous transit, it will likely fall out of favor with customers.

It quotes a New York University professor: “Why would you pay $60 for a ride to the airport when you can pay $20? Do you want to pay an extra $40 for the privilege of having a human drive you? I don’t think so.”

Noting that 7.3 million people are employed in the trucking industry, of which 3.5 million being drivers, the article explains that the repercussions reach far wider than just the fates of Uber drivers.

Citing a writer who has written “viral stories on the impact of artificial intelligence on humanity,” the article concedes that while “a city that transitioned to self-driving cars would still need humans to drive difficult routes that driverless cars couldn’t handle,” it is apparent that “the number of human drivers overall would drop.”

With fewer drivers, the economic ramifications would extend to other sectors: “there would also be less demand for dealerships, repair shops, and car washes — leading to even more job losses.”

How long before this new reality? According to the article, while “tough to assess . . . with so much work happening in secret,” estimates “range from a couple of years to as many as 30.”

Stay tuned as our blog chronicles the inevitable rollout of self-driving car technology and its impact on our society.

If you are hurt in a rideshare accident and need a car accident lawyer, contact William Mattar today.