High Hopes for Self Driving Cars 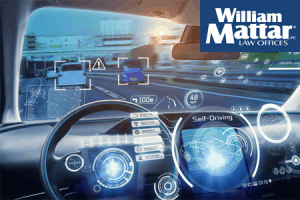 An interview of the technical leader of Ford’s autonomous car project reinforces that the American auto manufacturer has high hopes for self-driving cars.

According to Jim McBride, “technical leader in Ford’s autonomous vehicles team,” Ford has “roughly ten [self-driving] cars driving right now” with plans to “triple that” by the end of the year. Its biggest technical challenge are the “large number of scenarios that you have to be able to test for” before achieving full automation. “Think through your entire lifetime of driving experiences,” he presses the interviewer, “I’m sure there are a few bizarre things that have happened.”

When asked about how one “build[s] that kind of intelligence in[to]” autonomous technology, McBride explains that “you can’t sit down and write a list of everything you might imagine.”:

You need to make the vehicle generically robust to all sorts of scenarios, but the scenarios that you do anticipate happening a lot, for example people violating red lights at traffic intersections, we can, under controlled conditions, test those very repeatedly. We have a facility near us called Mcity, and it’s basically a mock-urban environment where we control the infrastructure. While you and I may only see someone run a red light a few times a year, we can go out there and do it dozens of times just in the morning. So for that category of things we can do the testing in a controlled environment, pre-planned. We can also do simulation work on data and, aside from that, it’s basically getting out on the roads and aggregating a lot of experiences.

With regard to how long until self-driving cars become commonplace, McBride side-steps the issue, “because if you have autonomous vehicle technology wrapped up, you can imagine applying that to a whole variety of business cases.” In other words, just because the technology is there does not mean that society—an amalgam of interacting and overlapping businesses and institutions—will implement it:

It could be as simple as ‘downtown London is too congested and we’re going to shut that off to everything apart from some mobility shuttles’. That’s a different problem to saying ‘I’m going to do a ride-sharing service’, which is a different problem to saying ‘I’m going to do parcel delivery and a fleet service’ or ‘I’m going to do personal ownership, where you own and operate the car’. Each of those different uses come with a different business model and a different time to launch it. So I think the more important question is, ‘when are the underlying technologies going to be available?’, and I would say the answer to that is probably four or five years. Then you go from there, deciding how you will employ that technology.

On the question of whether there will be a mix of self-driving and human-driven cars on the road, McBride assures that Ford’s vehicles are “dual use,” i.e., “you drive them like they’re a normal production car and then, when you want to turn on the autonomous systems, it’s not very different to turning on your cruise control today.”

It appears that Ford’s focus on dual-use stands diametrically opposed to Google’s stance in diametric opposition to the traditional trappings of automobile operation—namely, a steering wheel.

If you are hurt in a self-driving car accident, contact the personal injury lawyers at William Mattar today. Our accident injury lawyers have the experience to fight for you.