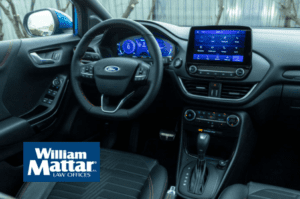 Ford has recalled 2.9 million cars and trucks with faulty transmissions that may cause them to fail to shift into park and roll, endangering people and property.

Four people have been injured by the defective vehicles, which also have been reported in connection with six cases of property damage, according to the National Highway Safety Administration.

The five models recalled are:

The recalled cars and trucks may roll forward even if the gearshift seems to indicate they are in park. A damaged or missing bushing could prevent the vehicle from shifting into the intended gear and cause the vehicle to move in an unexpected direction, according to the NHTSA.

Ford says it would start contacting affected car owners via notification letters on June 27, asking them to make an appointment to have the defective part replaced free of charge.

Heightened risk of injury or crash

The recall notice blamed a bushing that attaches the shift cable to the transmission. Ford says that the root cause is unknown, but believes that heat and humidity have the potential to contribute to the hydrological breakdown of the bushing material, potentially leading to this problem.

Besides the recall caused by the defective bushing, Ford has also recalled tens of thousands of vehicles made in 2021 and 2021 for other defects.

According to reports, the carmaker will recall 53,000 four-door Ford Broncos because of malfunctioning child-safety locks. Those on the passenger side of the recalled Broncos might indicate the door is locked when it is not, potentially allowing children to open the door from inside.

According to other reports, an overheating battery spurred the recall of almost 50,000 2021 and 2022 Mustang Mach-E electric vehicles.

The Aftermath of a Recall

If you have been injured in a motor-vehicle accident involving a recalled vehicle, our car accident attorneys can help. Call William Mattar P.C., at (844) 444-4444.