What is a Major Cause of Death in Motorcycle Accidents? 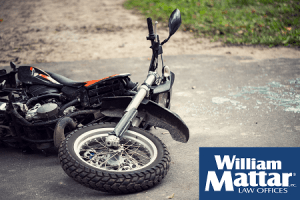 Per the NHSTA, in 2017, 42 percent of two-vehicle fatal accidents involved the other motor vehicle making a left-hand turn, while the motorcycle was going straight or passing other vehicles. Even though these types of accidents can also happen between cars, motorcycles, due to their size, tend to blend into their surroundings when compared to other larger motor vehicles. This makes it harder for other motorists to see motorcycles and to judge their speed when turning in front of them, which can result in death or serious injury.

When a motorcycle cuts between two lanes of stopped or slow-moving traffic, this is known as lane splitting. Lane splitting can be a cause of serious injury or even death in motorcycle accidents for several reasons. First, cars are close to the motorcycle, which causes danger. Second, the motorcyclist has reduced space in which to maneuver, which can lead to problems. Third, drivers may not anticipate a motorcyclist splitting the lane, which can lead to a serious or fatal motorcycle accident that no one saw coming.

According to NHTSA, speed was a contributing factor in 32 percent of all fatal motorcycle accidents in 2017. While speeding can negatively impact all motorists, motorcyclists are at additional risk for a fatal accident due to the lack of protection a motorcycle offers compared to a car.

Potholes, construction zones, slick pavement, and dead animals’ on the road all pose a potential danger to motorcyclists. Any irregularity on the road can lead to a dangerous situation and becomes a serious threat to motorcycle riders.

If you need legal help after being injured in a motorcycle accident, consider contacting the William Mattar law offices today. We are available 24/7, and our experienced motorcycle accident lawyers can help you file a claim. Call 844-444-4444 or submit a contact form online.