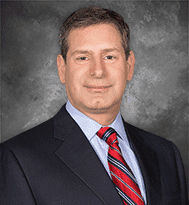 An Amherst native, Mr. Mattar established the law firm of William Mattar, P.C. in 1990, and through his leadership, he has since grown the law firm from five attorneys and 10 staffers to approximately 130 employees in the span of about 12 years. His practice focuses on car accident injury cases synonymous with the tagline, Hurt in a Car – Call William Mattar, 444-4444.

Mr. Mattar strongly believes that his employees are the main reason for the firm’s success. Upon receiving the C-Level Executive nomination, he acknowledged Shirley Kelly, the firm’s General Manager, for her dedication and loyalty, “Shirley has been at my side since the beginning, and she has helped grow the firm and propagate the culture that the attorneys and staff enjoy today.”

Throughout his career, Mr. Mattar has been committed to making a difference in the community and has developed a number of annual safety and community campaigns, including In the Heat Check the Seat, Pencils 4 Schools, Buckle Your Belt, and Safe Ride Home 4 the Holidays. He supports many charities, including St. Luke’s Mission of Mercy, ALS Foundation, Assigned Counsel Program, the American Cancer Society and local animal rescue shelters. He has served as a Committee Member of the Salvation Army Red Kettle Open, and since 2009, he has served as the Special Fundraiser Chair for the Greater Niagara Frontier Council Boy Scouts of America Fire & Ice Extravaganza. Mr. Mattar resides in Snyder with his wife Kathleen and their dog Peanut Butter.