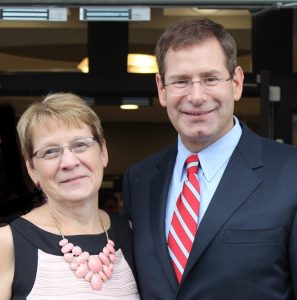 For the past 12 months we have highlighted Shirley Kelly’s 25 years of service to the William Mattar firm. June 29th is her 26 year anniversary, and I believe another shout out is due.

Shirley is so special that you see it right away. When I first met Shirley she was applying to join the firm which was then one lawyer (me) and one legal secretary. I saw how special she is. She may not have been very interested in that small firm, however, I would not let her leave the interview until she said that she would work with me.

To put the time in perspective, back then typewriters were still commonly used. Fax machines and computers for small business were relatively new. We did our accounting with a paper ledger and writing 15 checks would have been a busy month. At that time, we were a full service law firm working in many areas of the law. Our office space was on the 2nd floor and the copy machine was in the basement – this free exercise program was considered an Employee benefit.

Within Months, Shirley took on more and more responsibility. As the firm grew, we needed to change and bring in new and more complicated technology and systems. The First time or two Shirley was a bit hesitant but by the third major change, she was all in. She became an advocate to actively change for the better.

Shirley is smart, organized and has the ability to handle massive amounts of work. The car accident lawyers at William Mattar motor vehicle accident firm would not be here today without Shirley Kelly. I appreciate her dedication and friendship and I am honored to work with her. I look forward to the many years ahead of us.