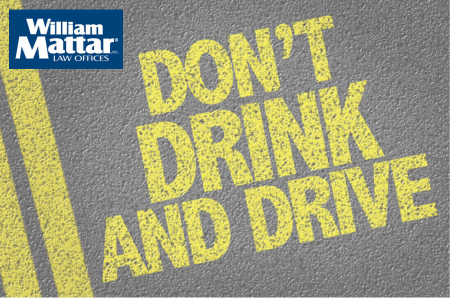 The National Transportation Safety Board’s investigation into a crash has led the agency to call for alcohol impairment-detection systems in all new vehicles.

According to a press release issued by the government organization, driving under the influence of alcohol remains a leading cause of injury-causing highway crashes, with over 230,000 people having lost their lives in such accidents since 2000.

The new legislation is being introduced by the NTSB after an investigation into a California crash that killed nine on New Year’s Day in 2021 that was caused by an impaired driver who was speeding.

Alcohol-Detection Systems in All New Vehicles

The NTSB wants safety features for all new vehicles to “limit or prohibit impaired drivers from operating their vehicles as well as technologies to prevent speeding.”  Such technology would be similar to a breathalyzer that would keep impaired drivers accountable, according to some reports.

According to the National Highway Traffic Safety Administration, about 32 people in the United States pass away in drunk driving-related crashes every day. That’s one person every 45 minutes. In 2020, 11,654 people lost their lives in alcohol-impaired accidents, a 14% increase from 2019.

In 2020, there were 11,258 fatalities in crashes in which at least one driver was speeding, according to NHTSA. Speeding and drinking while driving is a dangerous combination.

Drunk driving can cause accidents because of alcohol’s effect on the function of the brain. Alcohol can impair thinking, reasoning, and muscle coordination, which are necessary to safely operate a motor vehicle.

As a result of alcohol impairment, drivers may make mistakes that they would not otherwise, including speeding, failing to obey traffic laws, not using turn signals or headlights at night, or failing to see pedestrians in crossing areas.

Alcohol can seriously impair judgment and the ability to operate a vehicle safely. Alcohol has negative effects on the central nervous system and can reduce brain function, impairing thinking and muscle coordination. Research has found that at a blood-alcohol level of .08, the risk of a car accident “increases exponentially.”

The NHTSA reported that about 30% of all traffic crash fatalities in the United States involve drunk drivers (with BACs of .08 g/dL or higher).

Every individual is different, and alcohol can affect people in vastly different ways. For some people, only one drink may be enough to reach the legal limit. The level of intoxication caused by alcohol consumption can vary depending on several factors, including:

If you’ve been injured in an accident with a drunk driver and are looking for a lawyer to help you make a claim for personal injuries, contact William Mattar, P.C., today. Our accident attorneys can help you receive maximum compensation. Schedule a free initial consultation today or call (844) 444-4444 to speak to a team member right now. We are available 24/7 to take your call.