Why Do Cars Have Rear Seat Reminders? 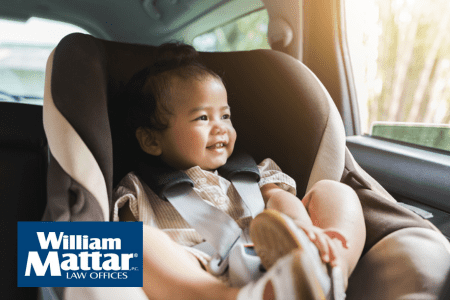 Some cars have chiming rear-seat reminders to alert parents not to leave children or pets in the back seat. Since 1990, 1090 children have died of heatstroke from being accidentally left in cars, according to some sources. That makes this horrifying tragedy the second-most common cause of non-traffic vehicle fatalities in children. First is the accidental back-over.

Chimes can remind parents and other drivers to look in the rear seat before leaving a vehicle they’ve just parked.  According to consumerreports.org, research suggests that stressed parents can forget a small child in the car because they may become distracted, and for this reason some automakers have technology—basically a mechanism or system that reminds drivers that the rear door had been used on a trip—to help prevent this from happening. One example is Chevrolet’s “rear-seat reminder” system which, according to its website “alerts you to look in your rear seat before exiting your vehicle under certain conditions.”

Other rear-seat reminders can detect unbelted passengers in the back seat when the driver is entering an automobile. Federal regulators should amend vehicle-safety standards to require a visual display that alerts the driver when passengers in the rear seats are not wearing their seat belts, according to the Insurance Institute for Highway Safety.

Rear-seat reminders are a response by automakers to instances of parents or guardians forgetting an infant or toddler is in the back seat and leaving the child in the car. Many such incidents have ended tragically.

The National Highway Traffic Safety Administration says that over 900 children died of heatstroke since 1998 because they were left or became trapped in a hot car The problem spiked in 2018 and 2019, when 53 children died each year. These deaths are concentrated in the summer, but, even on a mild day, a car’s interior can reach dangerous heat levels in a short period of time.

In fact, according to some reports, if the outside temperature is 90 degrees, a car’s temperature can spike to as high as 133 degrees after only an hour.

William Mattar’s In the Heat Check the Seat

While the rear seat reminder is a step in the right direction, technology alone cannot prevent heatstroke in children and pets.

In 2015, William Mattar P.C. launched In the Heat, Check the Seat to raise awareness of heatstroke-related injuries children and animals experience because of being left in hot motor vehicles.