What is Aggressive Driving? 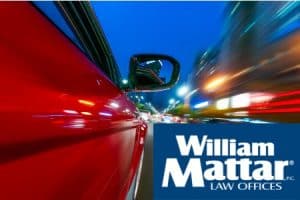 According to the AAA Foundation for Traffic Safety, aggressive driving is defined as “any unsafe driving behavior performed deliberately and with ill intention or disregard for safety.”

Signs of aggressive driving can include different driving behaviors, such as tailgating, erratic lane changing, illegal driving on a road shoulder, passing where prohibited, reckless driving, failing to yield right of way, not obeying traffic signals, failing to signal, speeding or driving too fast for the road conditions, racing, and improper turns.

What Is The Difference Between Road Rage and Aggressive Driving?

Road rage can include a driver committing an act of violence or aggression toward another driver. It is often the result of a combination of events and/or stressors, such as financial issues, arguments with a significant other, or work-related problems. Drivers under extreme stress may display aggressive driving behaviors, which can lead to road rage with another driver. When this frustration begins to manifest as violent actions, it becomes a potential safety hazard for everyone on the road.

Traffic congestion or gridlock may cause delays, causing people to be late or miss an important event, and therefore, cause tempers to rise. Overreacting violently can get you into trouble with law enforcement or it can result in a collision with another vehicle, pedestrian or bicyclist. Practicing peaceful driving habits helps curb vehicular rage and diffuse negative encounters with other motorists.

Does Aggressive Driving Cause Car Accidents?

Aggressive or reckless drivers can create chaos on the road and endanger other motorists’ lives. From tailgating to weaving in and out of traffic, aggressive driving can cause or contribute to car accidents. Speeding can also lead to accidents because it reduces reaction time and makes the vehicle harder to control, especially on wet, snow-covered or winding roads. If someone is driving in a reckless fashion, by weaving in and out of traffic, it can be difficult to anticipate the car’s next move.

Traffic signs and signals were put in place to make our roadways safer and failure to obey them can cause car accidents. An aggressive driver who fails to stop at a stop sign or red light puts everyone on the road in danger.

Tailgating is also dangerous, as it can force another driver to speed, or, conversely, slam on their brakes, which gives the tailgater no room to maneuver and avoid a collision. Improper passing is also dangerous. There are reasons that there are passing and no-passing zones on roadways. Someone who tries to pass in a non-passing zone endangers all motorists.

Aggressive driving behaviors are a factor in up to 56% of fatal car accidents, according to a AAA Foundation for Traffic Safety study.

Practice Areas | No Fee Until We WinSM | Contact Now

At William Mattar Law Offices, our accident injury attorneys can help you after your car accident. If you sustained personal injuries, you may be entitled to compensation. Call our car accident lawyers to file a claim today at 844-444-4444.