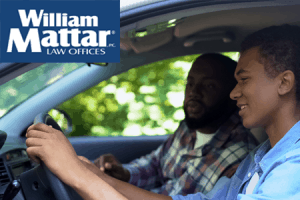 According to the National Highway Traffic Safety Administration (NHTSA), motor vehicle accidents are the leading cause of death for teenagers (15- to 18-year-olds) in the U.S. Shockingly, about half of all teens will be involved in a car accident before they graduate high school. Needless to say, teen driving accidents and fatalities continue to be a major safety concern on our roadways.

Continue reading to learn more about the issue of teen driving accidents, and how you can help prevent them.

The NHTSA  gathered several statistics on teen driving accidents in 2016 that help shed light on the issue of teen driving safety:

These are just a few of the sobering figures that make National Teen Driver Safety Week necessary. Sadly, the fatality rates in teen driving accidents have remained steady in recent years. In 2018, approximately 2,121 people were killed in accidents involving a teen driver.

Why are Teen Driving Accidents So Common?

Several risk factors make teen driving crashes common. Overall, inexperience behind the wheel can make teen drivers more likely to become distracted while driving.. Texting and driving are especially dangerous, and according to the NHTSA, texting while driving increases the risk of a motor vehicle crash by 23 times.

Teenagers often travel with their friends and other passengers in the car, which makes them more likely to engage in risky behaviors while driving. Teens are also less likely to wear a seat belt while driving or riding as a passenger. According to an NHTSA study, 58 percent of passengers killed in teen driving crashes were not wearing a seat belt at the time of the collision.

Speeding is also  a major cause behind teen driving wrecks. The NHTSA reports that speeding was a factor in 32 percent of fatal accidents involving teens in the driver seat.

Teen Driving and Alcohol Use

Drunk driving can be a serious problem for teenagers on the road. According to the Centers for Disease Control and Prevention, 15 percent of teen drivers (16-20 years old) involved in fatal motor vehicle collisions had a blood alcohol content (BAC) of .08 percent or higher—the legal limit in the majority of states. Other substances, including illicit and/or prescription drugs, can also impair a driver, resulting in a potentially deadly outcome. Since underage drinking is illegal, to begin with, teens who drive while impaired may also face legal consequences, including fines or suspension of their license.

A common denominator among the causes of teen driving accidents is that they are mostly preventable. The NHTSA has developed a comprehensive guide for parents so they can discuss the importance of safe driving with their kids who are starting to drive. Some of these tips include:

Hurt in a Teen Driving Crash?

If you or someone you love has been injured in a teen driving-related accident, contact William Mattar today. Our car accident attorneys can help you file a claim for compensation and get your life back on track after a serious crash. Schedule a free case consultation today by completing our online form, or calling our legal team at (844) 444-4444 today.