Dangers of Cell Phone Use While Driving in New York 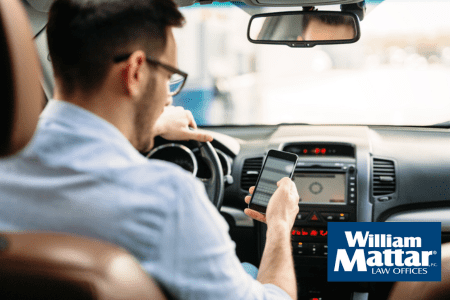 Statistics show distracted driving accounts for one in every six deadly vehicle accidents. Drivers who text are 23 times more likely to cause an accident, and those who use cell phones are roughly 30% more likely to be involved in an accident.

New York state has enacted laws against manually operating any mobile device while driving. Subject to some limited exceptions, New York law prohibits the use of cell phones for talking, texting, or any other purpose while driving a motor vehicle on public roadways. Under New York law, “using” a cell phone includes, among other things, “holding a mobile telephone to, or in the immediate proximity of, the user’s ear” while operating a motor vehicle. Thus, according to the law, it may be presumed that a motorist is using a cell phone even if the phone is not in physical contact with their ear.

Penalties for Cell Phone Use While Driving

According to the New York DMV, penalties drivers might receive for using a cell phone while driving a motor vehicle on public roadways include fines ranging from $50 to $450, depending on the number of offenses, and up to five driver violation points.

In addition, someone who hurts someone on New York roads due to distracted driving can be held civilly liable for damages caused.

What if You’re in an Accident With a Driver Who Was Using a Cell Phone?

If you’re in an accident caused by a distracted driver in New York, the attorneys at William Mattar, P.C., may be able to help. Our experienced car-accident attorneys can work to help you secure maximum compensation.  Contact us at (844) 444-4444 for the help you need.