Where Are Bicyclists Supposed to Ride on New York Roads? 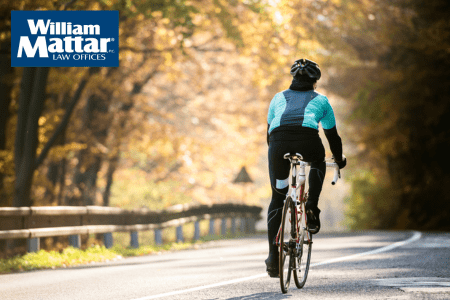 Individuals across New York State regularly enjoy biking as a means of transportation, fitness, and leisure. While bicycles offer a healthy and enjoyable way to get around, their use can result in serious injuries, especially when involved in a motor vehicle accident.

To avoid such accidents – which may be especially devastating for bicyclists – motorists and bicyclists alike should understand and adhere to New York traffic laws. One such law describes where, in general, bicyclists are supposed to ride on New York roads.

The General Rule About Biking on Roads

Section 1234 (a) of the New York Vehicle and Traffic Law provides that:

Conditions to be taken into consideration include, but are not limited to, fixed or moving objects, vehicles, bicycles, in-line skates, pedestrians, animals, surface hazards or traffic lanes too narrow for a bicycle or person on in-line skates and a vehicle to travel safely side-by-side within the lane.

Failure to comply with the Vehicle and Traffic Law can result in the bicyclist being found comparatively negligent, meaning that any compensation for pain and suffering may be reduced to reflect the proportion of the plaintiff’s own negligent conduct that contributed to the accident.

In other words, if a motorist causes or contributes to the bicyclist’s injuries, that motorist can still be potentially liable, even if the bicyclist did not comply with Section 1234 (a) of the Vehicle and Traffic Law. The amount of damages would just be reduced.

For example, Section 1146(a) of the New York Vehicle and Traffic Law states that:  “every driver of a vehicle shall exercise due care to avoid colliding with any bicyclist. . .  upon any roadway and shall give warning by sounding the horn when necessary.” A motorist’s failure to comply with that law can lead to potential liability.

Entering the Roadway on a Bike

Section 1234 (c) of the New York Vehicle and Traffic Law provides in pertinent part that:

Failure to comply with this traffic law can potentially result in a finding of comparative fault.  For example, if a bicyclist attempts to enter a roadway from a driveway but fails to come to a complete stop before making the entrance, that driver may have their damages reduced in proportion to their percentage of fault. If the driver who impacted the bicyclist was speeding, and excessive speed caused or contributed to the crash, the driver can still be found potentially liable. Again, the amount of damages would simply be reduced.

Injured in an Accident While on a Bicycle?

A bike accident involving a car can be devastating even for the most careful bicyclist. If you were injured in an accident while on your bicycle, do not hesitate to contact the experienced bike accident attorneys at William Mattar, P.C. today.