Attorney Steven J. Schrader was born and raised in Western New York. Growing up in Elma, he graduated from Iroquois High School before attending Canisius College in Buffalo. During his time at Canisius College, Steve was involved in various organizations and honor societies, including the Canisius College Mock Trial team, Phi Alpha Delta Pre-Law Fraternity, and Pi Sigma Alpha Political Science Honor Society. During his senior year, he completed a year-long internship with the Pro Se Department at the United States District Court, Western District of New York. In 2012, Steve graduated from the Canisius College All-College Honors Program summa cum laude, earning his Bachelor’s Degree with a major in Political Science and minors in Classics and Law & Public Policy.

Before joining the team at William Mattar, Steve focused his practice on Medical Malpractice defense. During this time, he was in regular contact with insurance adjusters, giving him a unique insight into the way in which insurance adjusters review, assess, evaluate, and value insurance claims. Since joining the William Mattar team in 2017, Steve has focused his practice exclusively on helping individuals injured in motor vehicle crashes pursue their bodily injury claims against the at-fault party. As a part of the William Mattar team, Steve is most passionate about helping clients overcome the various obstacles presented to them by a motor vehicle collision so they can move towards a better future.

When asked what he likes most about his job, Steve said “Being an attorney at William Mattar allows me to help my fellow New Yorkers. Helping injured people and getting them compensation for their pain and suffering is what I look forward to every day. Our ultimate goal at William Mattar is to get our clients the best possible result in the least amount of time. Our results show it! Most of our clients have never been in a motor vehicle collision and are not aware of the complexities that they might face. I help my clients every day by guiding them through the twists and turns of their cases. I am always available to speak with my clients and I always fight to get them the compensation they deserve.”

When not in the office working with the William Mattar team, Steve enjoys reading, collecting vinyl records, skydiving, and being with friends and family. 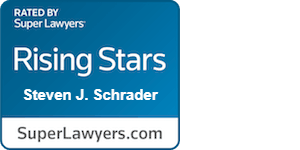